You take a step forward and suddenly you are back in the middle of the action. Walk down the players‘ tunnel and listen to the sound of the cheering fans: what lies in front of you is the path taken by the German National Team on their way to the 2014 World Cup Final. Relive the German National Team’s exciting journey on their way to the championship match in Rio de Janeiro’s Maracanã-Stadion. Make your way past the round of 16, the quarter-fi nals and the semi-fi nals, as you battle alongside Götze, Müller, Hummels and the other stars on your way to scoring the legendary World Cup goal. Mario Götze’s winning goal, which was scored in the 113th minute and gave the Germans a 1-0 lead, was truly a work of art. The experts agree: in the last 50 years there wasn’t a goal that came close to matching the beauty of this one, since the entire play was a result of a very high level of football intelligence. Götze did a brilliant job of handling Schürrle’s pass; the reception, transfer and shot were all carried out in one fluid motion.

You can do it, too? Challenge accepted! Put your talents on display and try to imitate the shot on goal on the original 2014 World Cup goal. Become a World Cup hero! As part of an official awards ceremony, all winners will receive an individual certificate featuring their name. As a special highlight, they will also receive a personal souvenir photo. 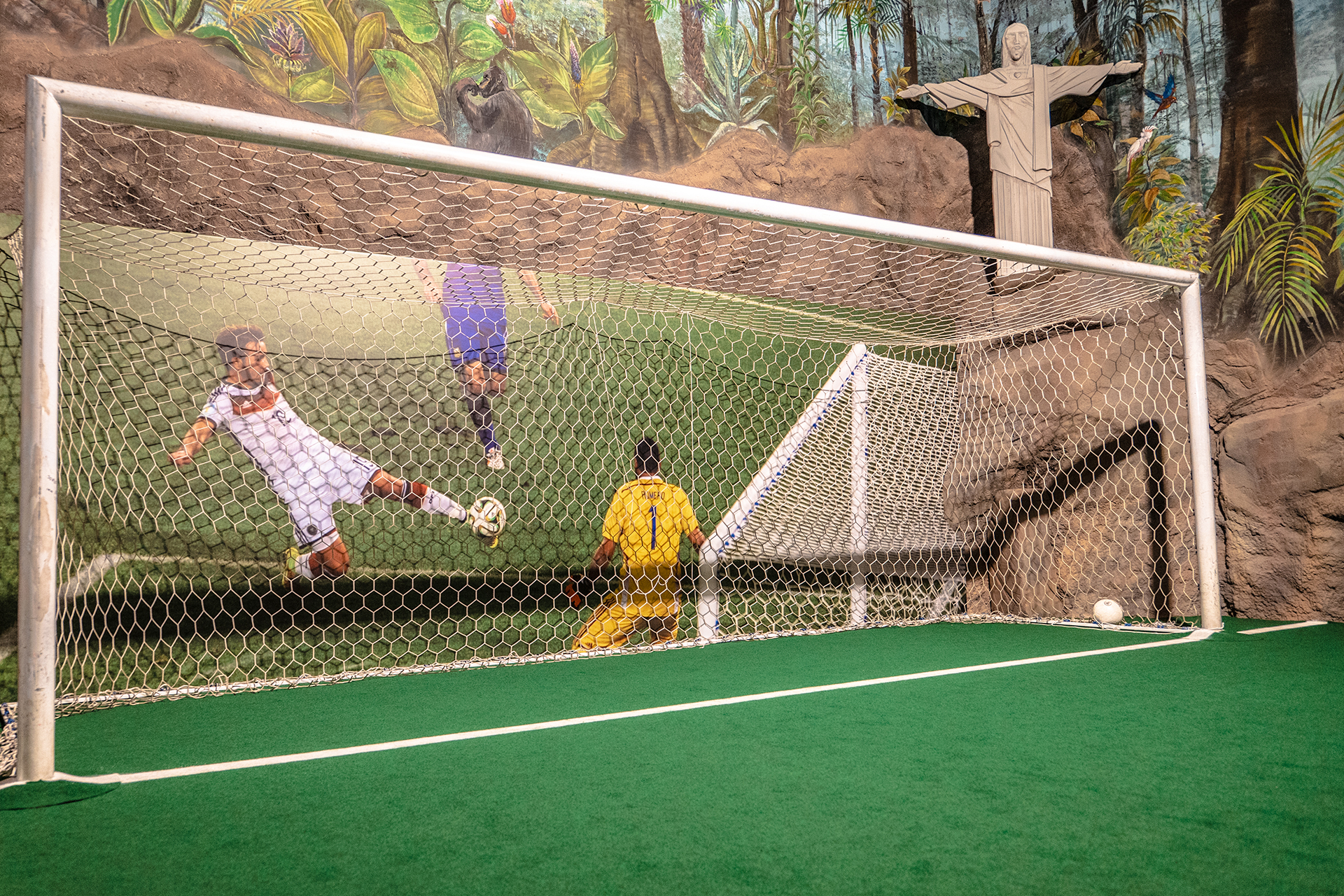